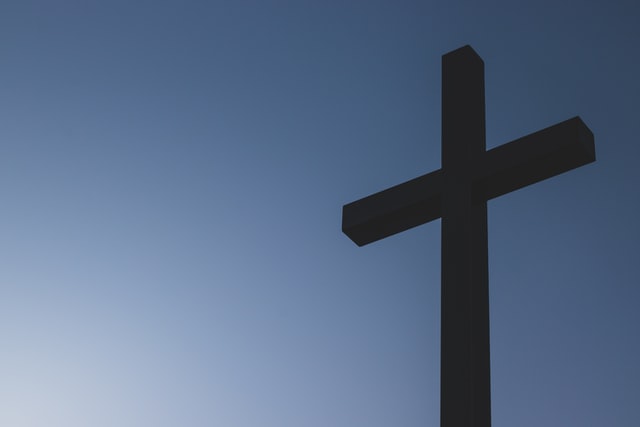 Jesus is the Way the Truth and the Life. If you want to be saved, these four verse selections point the way. The Bible says it better than I ever could.

Now when someone leaves a will, it is necessary to prove that the person who made it is dead. The will goes into effect only after the person’s death. While the person who made it is still alive, the will cannot be put into effect. That is why even the first covenant was put into effect with the blood of an animal. For after Moses had read each of God’s commandments to all the people, he took the blood of calves and goats, along with water, and sprinkled both the book of God’s law and all the people, using hyssop branches and scarlet wool. Then he said, “This blood confirms the covenant God has made with you.” And in the same way, he sprinkled blood on the Tabernacle and on everything used for worship. In fact, according to the law of Moses, nearly everything was purified with blood. For without the shedding of blood, there is no forgiveness. That is why the Tabernacle and everything in it, which were copies of things in heaven, had to be purified by the blood of animals. But the real things in heaven had to be purified with far better sacrifices than the blood of animals. For Christ did not enter into a holy place made with human hands, which was only a copy of the true one in heaven. He entered into heaven itself to appear now before God on our behalf. And he did not enter heaven to offer himself again and again, like the high priest here on earth who enters the Most Holy Place year after year with the blood of an animal. If that had been necessary, Christ would have had to die again and again, ever since the world began. But now, once for all time, he has appeared at the end of the age to remove sin by his own death as a sacrifice. And just as each person is destined to die once and after that comes judgment, so also Christ was offered once for all time as a sacrifice to take away the sins of many people. He will come again, not to deal with our sins, but to bring salvation to all who are eagerly waiting for him. Hebrews 9:16-28 NLT

If you declare with your mouth, “Jesus is Lord,” and believe in your heart that God raised him from the dead, you will be saved. Romans 10:9 NIV

But God demonstrates his own love for us in this: While we were still sinners, Christ died for us. Romans 5:8 NIV

For God so loved the world that he gave his one and only Son, that whoever believes in him shall not perish but have eternal life. For God did not send his Son into the world to condemn the world, but to save the world through him. John 3:16-17 NIV

Welcome to your new life! Ask God what to do next, and He shall surely show you the way.

Photo by Greg Rosenke on Unsplash
We use cookies on our website to give you the most relevant experience by remembering your preferences and repeat visits. By clicking “Accept All”, you consent to the use of ALL the cookies. However, you may visit "Cookie Settings" to provide a controlled consent.
Cookie SettingsAccept All
Manage consent